Find important information and expert advice from YTI in our COVID-19 Resources. 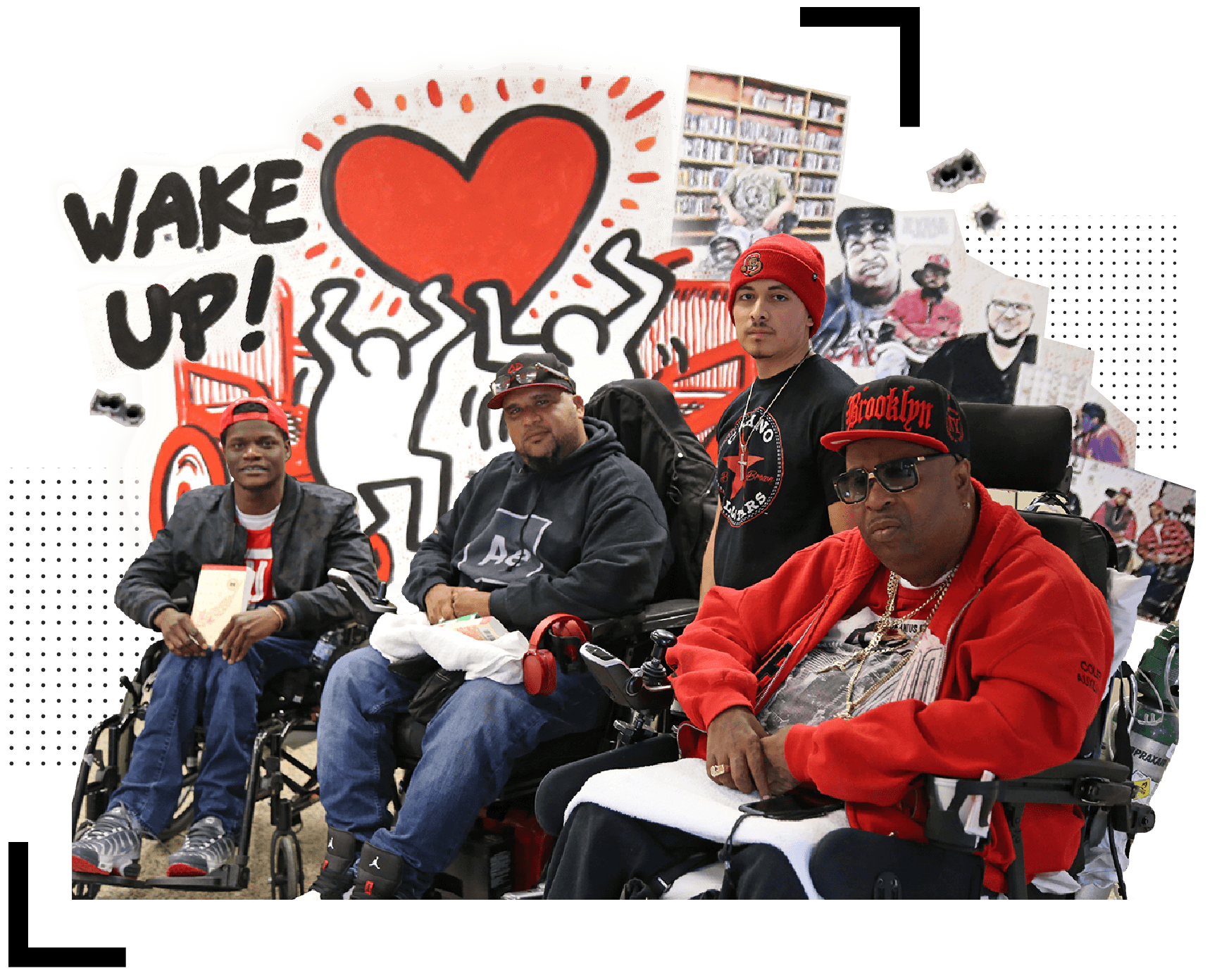 Instead of just giving it up, I wanted to fight or wrestle with him and ended up being shot and paralyzed instantly.”
Vincent Pierce
Open doors member

The Yang-Tan Institute (YTI), along with several other Cornell organizations, has partnered with open doors. Open doors is an arts collective based in Coler Hospital on Roosevelt Island in New York City, close to the new Cornell Tech campus. Open doors focuses on disability rights and the effects of gun violence. YTI’s involvement has included sending ILR students to work as interns at Open doors and assisting Open doors members who have disabilities with benefits planning as they earn income from their work with Open doors.

“If we are able to touch two out of 30 kids it feels like we have done our job.” Vincent Pierce Open doors member

Vincent Pierce has turned a life-altering event into an opportunity to reach young people about the realities and dangers of gun violence. In 2012, Pierce was shot while he was being robbed. “Instead of just giving it up, I wanted to fight or wrestle with him and ended up being shot and paralyzed instantly,” said Pierce. Pierce is now educating students through his music and speaking engagements about his life and needing to use a motorized wheelchair. “When I talk with the youth, I don’t tell them what to do, just basically take my experience and my words,” said Pierce. “If we are able to touch two out of 30 kids it feels like we have done our job.”

Pierce is a member of Open doors. The organization began in 2016 as a way to support gun violence survivors who live at Coler Hospital. It quickly evolved into an arts collective. Members of Open doors have been trained in a variety of art forms and are now successful music producers, poets, public speakers, film makers, and playwrights.

Pierce works with the other members of Open doors, including Ramon Cruz, to deliver the potentially life-changing message of avoiding guns and violence in communities. “I made wrong choices. I got caught up, and I got shot,” said Cruz. “I got shot seven times, which caused me to be in a wheelchair, and I’m a quadriplegic.”

Open doors has found a strong partner in Cornell University, including not only YTI, but also the ILR School, Cornell Tech, Computer and Information Sciences, and the Center for Transformative Action, which is an affiliate of the university. 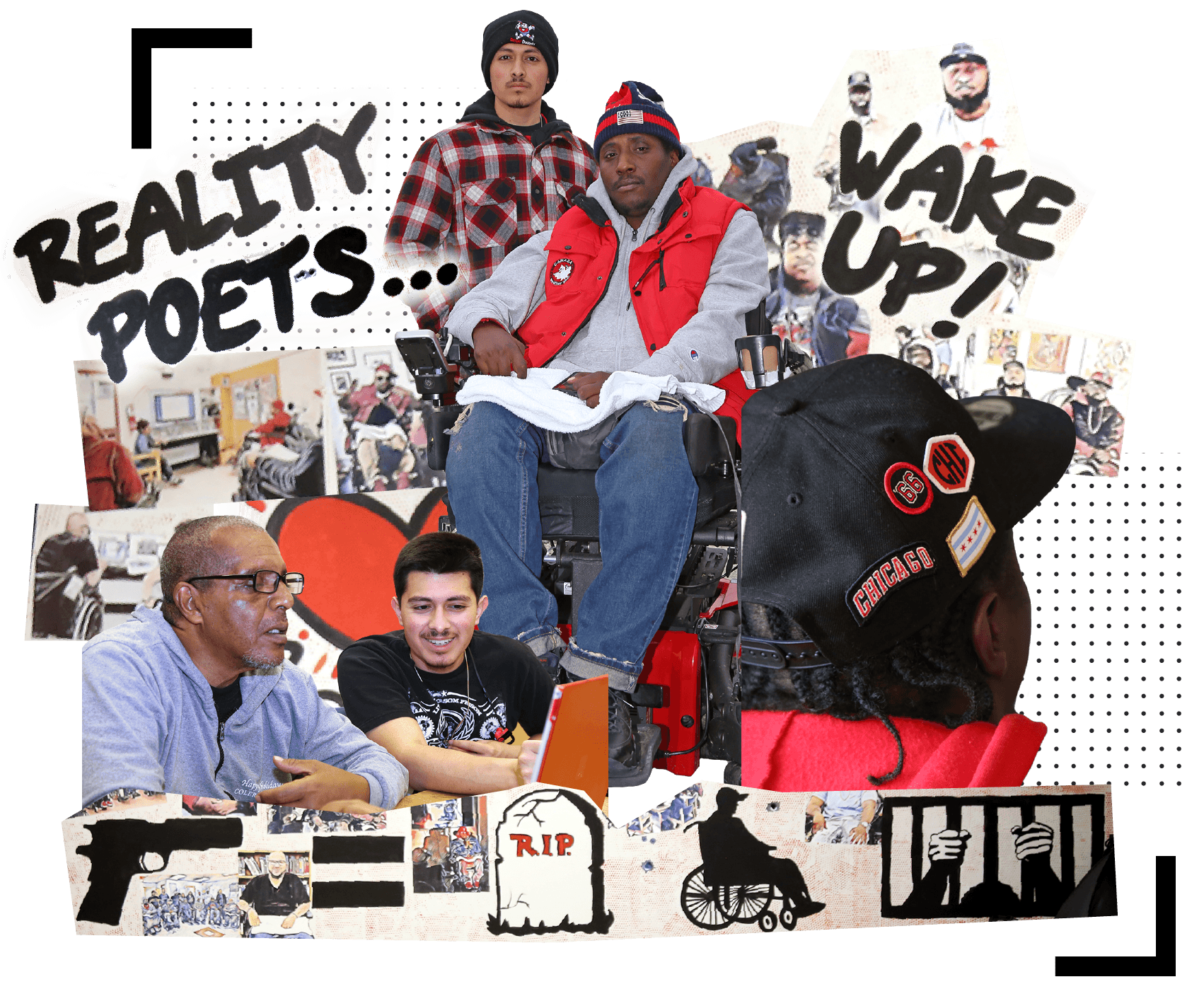 “A lot of my friends and family have been affected by gun violence, so I thought it would be really interesting to be able to work with the guys, to try to combat that.”

In 2019, Andres Alvarado was the first ILR credit intern at Open doors. “I saw that this was one of the opportunities, to work with Open doors, and a lot of my friends and family have been affected by gun violence, so I thought it would be really interesting to be able to work with the guys, to try to combat that,” said Alvarado.

Alvarado and the other interns have helped to coordinate in-person outreach events, worked on website design, written blog posts, managed data, assisted in training some Open doors members to enhance their computer skills, and more. 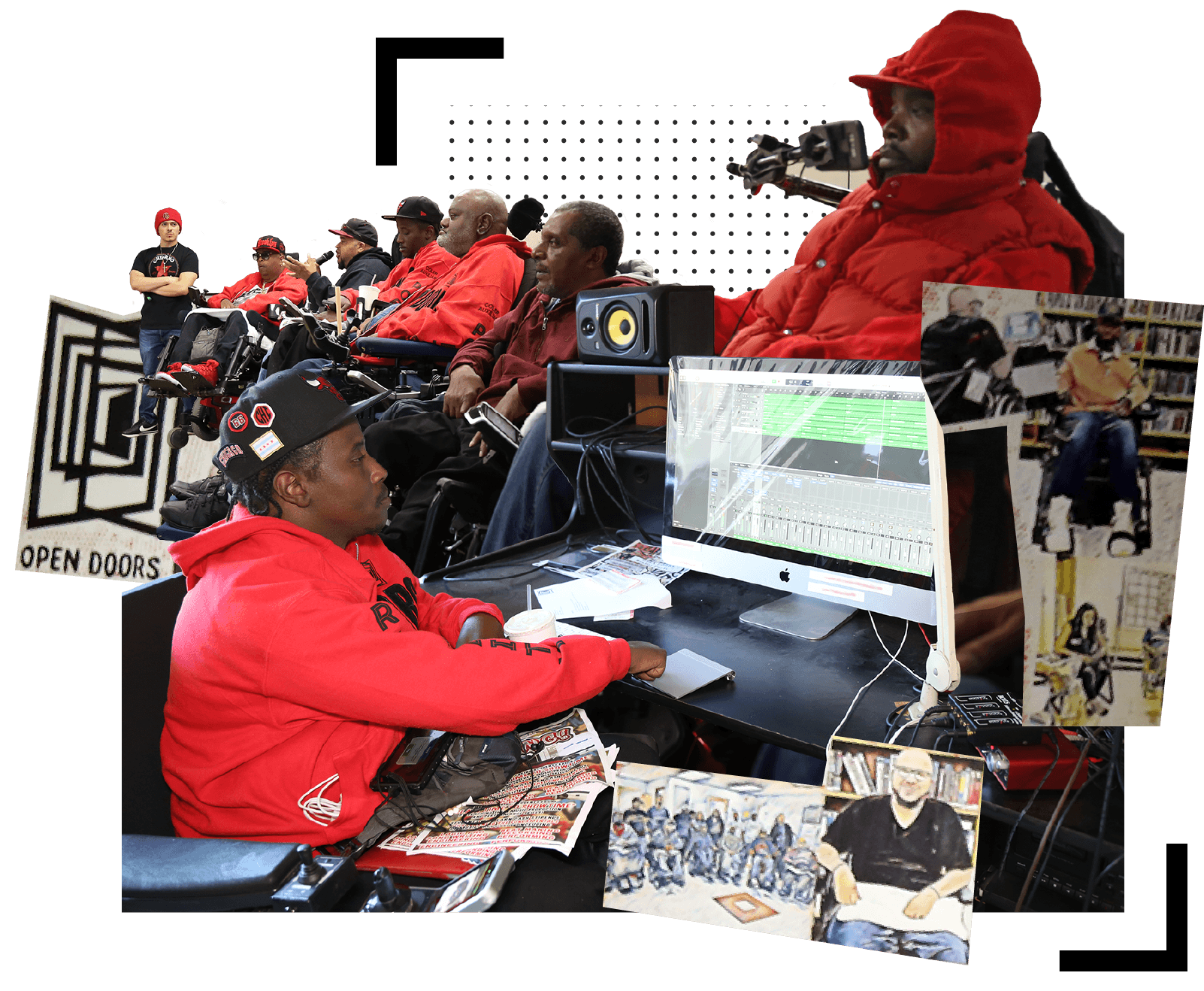 Advice from a benefits expert

Additionally, YTI’s Ray Cebula, a premiere disability rights attorney in the United States, is assisting OPEN DOORS members by providing advice about how income they earn through Open doors will affect the government benefits they receive. People who receive Supplemental Security Income (SSI) or other government assistance can work and make money while receiving these benefits. Eventually, if their work efforts go well, they may be able to transition off of public benefits.

“Some of them are going to see benefits change dramatically, but that doesn’t mean they are going to have less,” said Cebula.

YTI will continue to provide Open doors with interns, benefits advice, and disability rights information in the future. YTI’s goal is to help OPEN DOORS sustain its work and share its important message.